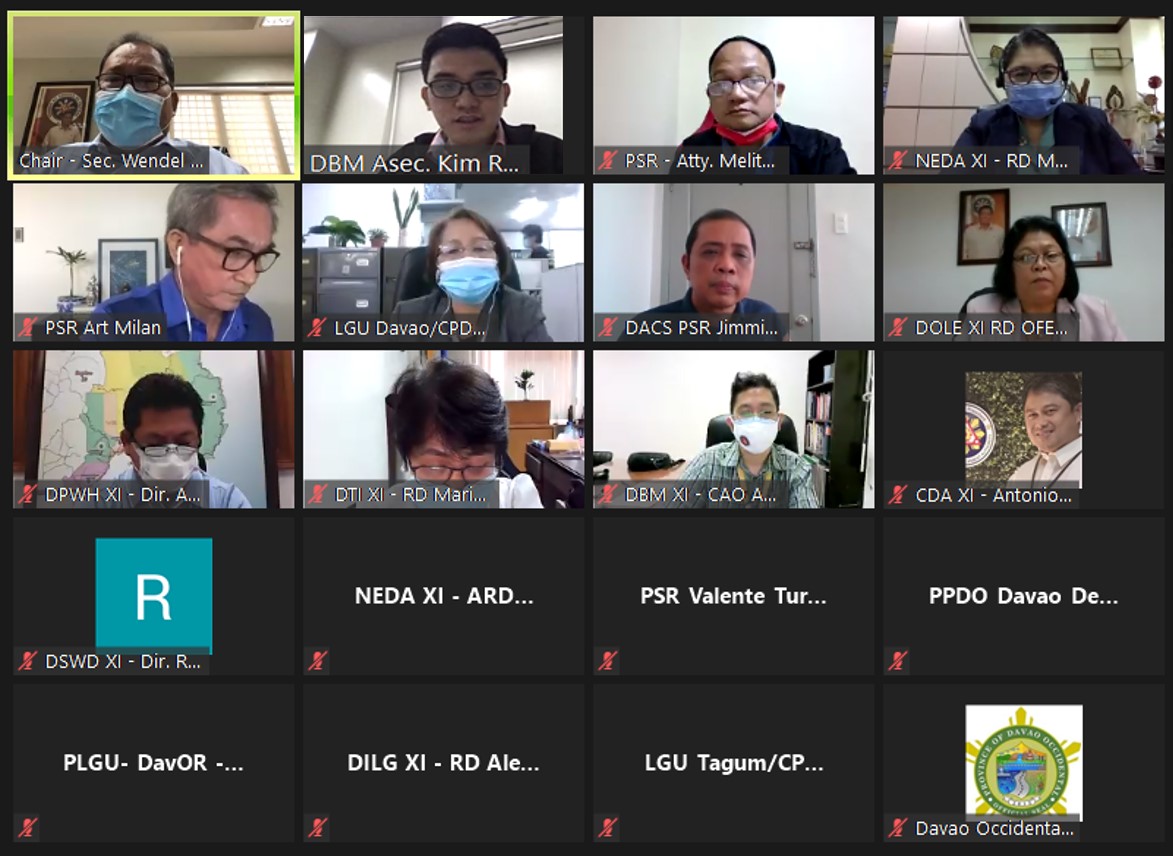 The Davao Region BP² Committee was created as a Special Committee under the Regional Development Council XI through Council Resolution No. 88 during its meeting on September 16, 2020. This Committee is tasked to coordinate the activities in the region, act on matters needing attention, and advise RDC XI on ensuring the effective and efficient implementation of the BP² Program in Davao Region.

BP² Committee Vice-Chairperson Maria Lourdes D. Lim explained during the meeting that Executive Order 114 was issued on May 6, 2020, institutionalizing the “Balik Probinsya, Balik Pag-asa” (BP²) Program and creating the BP² Council to oversee its implementation. RDC XI as the counterpart of the BP² Council in Davao Region shall provide the technical guidance to the BP² Committee relative to the BP² program implementation in the region.

Members of the BP² Committee are the region’s provincial governors, mayors of cities/municipalities hosting the BP² Program, chairpersons and co-chairpersons of the RDC XI’s Sectoral Committees and heads of national government agencies implementing BP² programs.

During this meeting, the BP² Committee approved and endorsed to RDC XI the BP²P Implementation Action Plan that provides stakeholders direction in the implementation of BP² programs and projects in Davao Region. Aside from the strategies, the Action Plan also includes monitoring and reporting mechanisms to track Davao Region’s programs towards achieving the desired BP² Program key result areas.